Out of exclusively original writings and speeches of Professor Yunus. 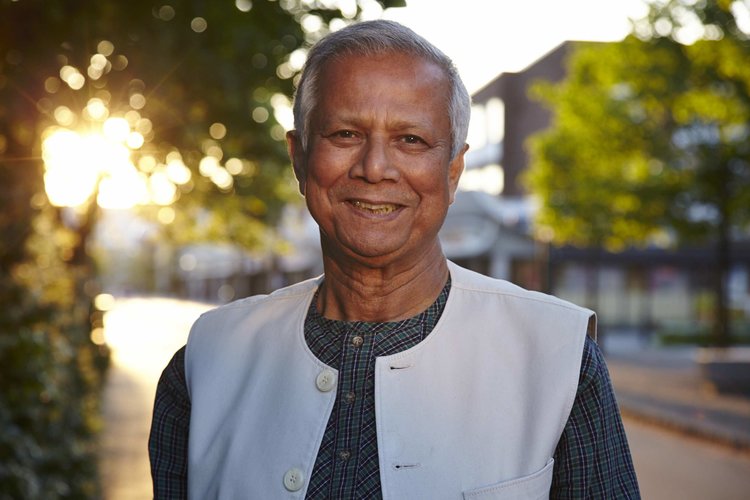 1 The most Powerful Young Generation

5  Dreams are made out of Impossibles

8.1.   The Concept of Social Business

I     Human Beings are not Single-Dimensional

VI     Two Magnets—Implementing  Social Business in the Capital System, the System could equilibrate

8.2.   Human Beings Are Not Job-Seekers but Job Creators, Are Entrepreneurs

II   Imagination is the most Important Matter

III   How to Proceed in the Educational System

IV   The Power of Technology

VII  Human Creativity Can be Channeled through Social Business

8.3. Making Banking and Financial Services Available to All

9      Creation of Grameen Bank and Micro-Credit

17    The Power of the Individual Person is the Magic

19    The Limits to Consumption

23     The Seven Principles of Social Business

The author uses a conversation between a young little girl and boy, who want to grow up and become as smart as Professor Muhammad Yunus.

The book explains how to open one’s mind and how to create. That creation is possible for everyone. It discusses micro-credit and social- business as, eventual solutions and/or prerequisites to the problems we face today in the world, which are not being used exclusively but are being implemented in our economic systems. It introduces the 3ZERO Club, which gives young people a possibility to get into action and join a global network, to create the world they like to live in. The book honours Nobel Peace Prize Laureate Professor Yunus, highlighting his main life work. It has the Sustainable Development Goals as a leading world direction.

It is an important story to share, not just to learn from but also to implement, and make use of. Professor Yunus is a living role model of great change-making, and his related teaching have led the youth to love him. He is one of the most important personalities in our century. His life creation is beyond the imagination of what one person can create, to realize. It is said that he is one of the foremost economic thinkers, a great visionary.

Professor Yunus is the father of micro-credit and social-business.

In 2006, he and Grameen Bank were jointly awarded the Nobel Peace Prize. Professor Yunus is one of only seven individuals to have received the Nobel Peace Prize, the United States Presidential Medal of Freedom, and the United States Congressional Gold Medal. He is the recipient of more than 50 honorary degrees and has received 112 awards from 26 countries including state honours from 10 countries. He has recieved the Olympic Laurel Award.